The Kingdom Heirs released The Last Big Thing at the end of September during the National Quartet Convention. That week, I got to hear a few of the songs live from main stage. Of course, the big hit of the week was the title song, "The Last Big Thing." I have to say it's the standout track of the album. 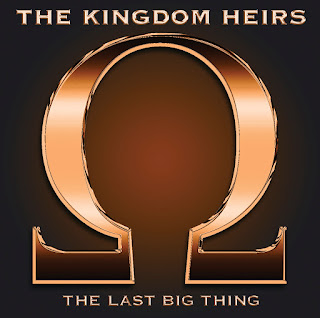 The project starts with a standard Kingdom Heirs style song, "Plenty of Singing." Then Jeff Chapman really gets the album going with "Victory." If this song doesn't get your toe tapping along, nothing will. I think one will be a big hit for them. I can see this one going over really well live.

This is the first mainline release with baritone Loren Harris. He is featured on "Telling the Story." This song really showcases Loren's voice. It's a great song that goes through many of the miracles of the Bible. It talks about these stories about the power of God never get old and can serve as reminders when we go through trials.

Jeff Chapman gets a feature again with "I Wanna Do More." He shows why he's consistently one of the best in the business. I love the harmonica on this song. The style is great with Jeff's voice. Another standout from NQC was Jeff singing "Heaven Just Got Sweeter for You." On a project with a lot of uptempo songs, this ballad definitely stands out. It's a a great tender song about the promise of Heaven and letting our loved ones go.

The project wraps up with the classic sounding "I'll Trust You With My Tomorrow." The style is completely different than any other song on the project. It has a timeless sound, and the message of the song is definitely just that!